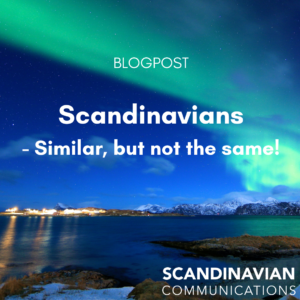 When we’re talking Scandinavian countries and the peoples within, we tend to regard ourselves as a pretty homogenous bunch, where – as we have mentioned in earlier articles –  “the differences are far less than the similarities. And rightly so, for us Danes, Swedes, Norwegians and Finns are very similar to each other both in appearance, behaviour, levels of education, mentality, shopping habits – well, you name it. But. There are differences.”

And it is worth noticing, that the small differences matter and being able to adjust your PR and marketing towards these can give you the highly sought after edge.

Let’s have a look at some of the cultural differences within the 4 Scandinavian countries. Again taking into consideration that they are small, there are a few that stick out, as the Hofstede Insight bureau’s very interesting “Culture Compass TH” indicates.

Especially the following points should give pause as they speak volumes in their own minuscule way.

Denmark
The Danes tend to score relatively low, when we look at how they act towards power within organisations, in this case relating to Danes having a high degree of employee autonomy: Danes do not lead – they coach. Employees expect to be consulted. Danes have a very egalitarian mindset and respect is something to be earned, it’s not inherent in your position. Understanding how Danes in their working environment have a very informal atmosphere with direct and involving communication can nudge you towards how to proceed with a more effective MarCom strategy.

Sweden
The swedes tend to have a high rate of indulgence, which in this case means, that they generally exhibit at willingness towards realising their impulses and desires with regard to enjoying life and having fun. And they place a high value on the importance of leisure time, being able to act as they please and spend money as they wish.  Taking this tendency into consideration could be one of the points that sets you aside from the competition, when developing an approach towards the Swedish market.

Norway
When taking a look at the Scandinavian peoples culture, when it comes to the attitudes towards the challenges of the present and the future, the Norwegians tend to have a so-called normative attitude. This  entails a preference towards maintaining time-honoured traditions and norms, no explicit desire to save for the future and a focus on achieving quick results. Also a small, but in no way insignificant point to consider, when approaching the Norwegian market.

Finland
On a scale, that measures the 4 scandinavian countries tendency towards Masculine values (competition, achievement and success) vs Feminine values (caring for others and quality of life), they all have a very low score, which indicates a strong tendency towards the Feminine, it is worth noticing, that Finland (of the 4) has the highest score indicating, that Finns have a less predominant tendency the feminine. So even though Finland is considered a Feminine society, where conflicts are resolved by compromise and negotiation and focus is on wellbeing, solidarity and quality in their working lives, you might not have the same resonance with a MarCom approach taking feminine values into consideration in Finland as in the remaining 3 Scandinavian countries. 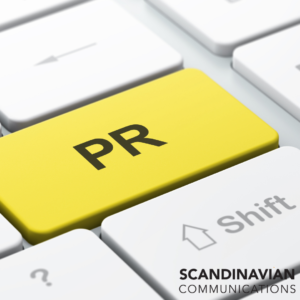 If you like to create better PR coverage in Scandinavian media these five focus points are key.

Think through and create a real journalistic story from scratch for the Scandinavian markets – and then get your corporate or product messages to fit with a downplayed balance. Always work with a journalistic approach in your PR Press kit for Scandinavian media. A Marketing approach towards Scandinavian Tier 1 media is a sure dead end – and your press release will easily end up in the garbage can at the newsdesk.

Work out a tailored media list for each Scandinavian country with a key journalist from Tier 1 media depending on your target group. Pick a broader range of media to get more volume, when you send out your press release – Scandinavia has a very narrow media structure with only a few media in each category.

Work with exclusive sell-in of your press release / PR story. This means that you only talk in person with one leading key media at the time. It’s key for most Scandinavian journalists to get their own stories with a unique angle. When you succeed with your PR sell-in. Wait for the agreed publication – and then go for a wide distribution of the press release to create a 2-waved PR effect. This can be very efficient!

Take into your planning that different Scandinavian media work with very different timing. If you go for a business daily, you might only need to approach the editor a couple of weeks before you like to see some media coverage. But if it’s a high-end lifestyle Magazine on print, you might need to talk to the editor 3-4 months ahead.

Offer Media professional PR photos to strengthen the possibility of media coverage. This could be PR headshots of your company spokesperson or of your Product/Services. This must preferably be PR photos take for media in a journalistic context supporting the journalistic angle of your story – NOT traditional marketing photos.

Follow up on journalists in person on phone and email to secure the sell-in of the story and final media coverage. In Scandinavia, this is a very delicate balance between being proactive without being annoying for journalists, who have a very busy and tight work schedule and a lot of people approaching them every day.

We are proud to announce that our CEO & founder Christina Rytter is a selected MarCom and business coach in the new European Innovation Council Women Leadership Programme. Here she works with female entrepreneurs to create stronger company brands and commercial strategy that takes their business to the next level internationally.

Ella Cullen, Co-founder & CMO from Minespider is one of the leading entrepreneurs Christina works with.Ella is selected as one of the 50 female entrepreneurs to join the first cohort in the EIC programme. Minespider is a blockchain-based platform for responsible mineral sourcing. They want to help companies understand how they can outperform the market with competitive sustainability. There is a strong purpose for you! 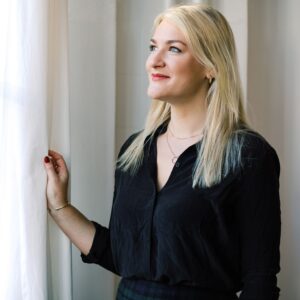 Read more about the work 👉 https://lnkd.in/emxph3XP