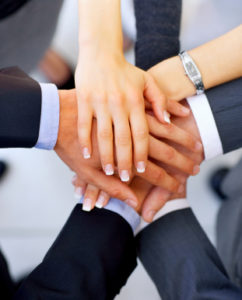 In an era of corporate reputation coming under close scrutiny from an increasing number of directions, strategic communications agencies – at least the ones staffed with experienced communications professionals and former journalists and capable to support companies and individuals alike in a crisis situation – have become increasingly valued by law firms and their clients.
Still a few years ago, when a corporation – or a company executive or business tycoon for instance – had to face the courts, they mostly called only for a lawyer to get prepared to defend themselves against charges.

Today the notion is on the increase that this is far from enough. Corporations and businesspeople have become seriously worried about their image, as well. What will the press write? How the reputation will be reevaluated by those in the market where they operate? And – last but not least – how they can effectively defend themselves against charges (either false or true) so that a crisis does not end in any damage with unthought-of consequences.

In today’s growingly image-conscouios environment, legal specialists and counsels have also started to involve crisis experts or lobbyists, since they have become aware that without the crucial communications aspect of an analysis they will have less chance to win their cases.

I’ve come across lawyers who have even included public disqualifications as a way to litigate. And recent evidence shows clearly that companies have been destroyed, sold cheap or even come to be worth zero after a crisis erupted involving them. The same can happen to executives and businesspeople: if their reputation is tarnished, they will never be able to access new jobs or even close deals.

The true specialists companies and individuals need in such situations are people who can understand the media, anticipate intentions behind calls from journalists, ask the right questions and – based on accurate data gathered that way – can reconstruct facts and explain them in simple language everyone understands.

This specialist area within the general communications practice has developed over the recent years of crises while the industry also found a name for it and called it Corporate Reputation Management – which is now so much talked about in seminars and the trade press. And most recently this field has been further intensified by the arrival of “fake news” and “post-truth”. Now it is a part of almost all conflict and crisis situations that false news is created around them with the intention to damage the image of a person or to distort perception of reality by the public opinion.

While reputation management is not a new practice in the field of communications, awareness is growing that a loss of reputation can have serious consequences on the judicial outcomes, and social networks can aggrevate that impact further. A prominent judge in Chile recently noted in an article: “It is the social sanction which is invoked that can often be harsher than the sanctions by the courts.

RumboCierto Comunicaciones is our partner agency in Chile.  Article originally published at PRGN.com